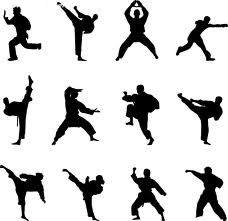 Kung Fu is the name for Chinese martial arts. It is also called Kong Fu, Kungfu or Gongfu.

Chinese martial arts pursue the effect of wrestling, boxing and exercises with the use of one’s arms, legs and diverse cold weapons.

The origin of Chinese marital arts can be traced back to the primitive society when human beings fought wild animals with some tools, such as clubs, as their weapons, and thus acquired some experience on defense and attack.

In the Shang Dynasty (1760 BC - 1046 BC), field hunting was regarded as an important way of martial art training. During this time and Zhou Dynasty, martial arts were also a form of dancing. Martial dance was used to train the soldiers on both their fighting skills and morale.

Chinese martial arts have been romanced by modern technologies in films and TV shows, such as Crouching Tiger, Hidden Dragon, starring Chow Yun-fat and Zhang Ziyi. Return of the Condor Heroes, based on Jin Yong's novel, starring Crystal Liu and Huang Xiaoming. They may make the audience spell-bound.

During its development in the thousands of years of Chinese history, Kungfu has always attached great importance on morality and etiquette. Fierce attacks and defense tactics are integrated into life moral concepts, such as fighting against tyranny and helping people.

The movie Kung Fu Panda and its sequel is an example of how the Chinese martial art should be used, not in self-serving but in helping others.