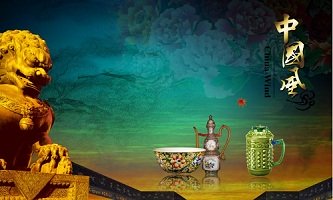 A Brief Outline of China History:

China is the cradle of the longest surviving civilization in history. It dates back some 7000 to 8000 years. While many dynasties came and went, China outpaced the rest of the world in arts and sciences before the 19th century.

In the 19th and early 20th centuries, China was beset by major famines, civil unrest, military defeats, and foreign occupation.

After World War II, the Communist party leaded by Mao Zedong established a socialism system in 1949 with strict controls over the country. It was named People's Republic of China (P.R. China).

After 1978, Deng Xiaoping succeeded Mao as China's leader, He initiated China's focus on market-oriented economic development. Since then, China has increased its global outreach and participation in international organizations.

Today for much of China's population, the living standards have improved dramatically and the room for personal choice has expanded. China also has emerged as an economic giant of the world. Yet political controls remain tight.

China has the oldest surviving written language system in the world.

China's currency has an interesting development:

Chinese astronomers were the first in the world to record a meteor shower in 2133 BC and a solar eclipse in 1217 BC.

The ancient major highway to and from the east was the Silk Road. It stretches some 5000 miles, about 8000 km over land and sea.

Empress Wu Zetian of the Tang Dynasty ruled from 625-705. She was the only female ruler of China. While she had a reputation being ruthless, killing her own children to achieve her political ambitions, she also had a more benevolent side, like setting up a scholarly goverment and instituting fairer taxes.

The last imperial ruler of China was a child emperor named Pu Yi, who ruled China from 1908-1912. He came to throne when he was only two years old, controlled by his mother Cixi who actually had the power.

There are about 300 living languages in China today. Mandarin is the standard one. Here are more interesting details about the Chinese language.