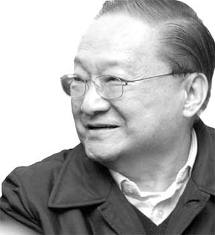 Jin Yong is the peng name of Cha Liang Yong, or Louis Cha. He was born on the 6th of Feburary, 1924 and is one of the most popular Chinese novelists in modern China.

As a best-selling Chinese author, he enjoys the fame of the finest Chinese Kung Fu and chivalry genre writer. His works are spread over all the Chinese-reading areas in the world, including Mainland China, Taiwan, Hong Kong, Southeast Asia, the United States and other countries.

His works also have been adopted for the big screen and TV series. The beginning of his story-writing was an attempt to keep the newspaper Ming Bao, a Hong Kong daily he co-founded, alive. Gradually his writing took up momentum and reached its peak when his fifteenth book, Yi Tian Tu Long, was published. Many of his words and phrases are used daily by many Chinese people. 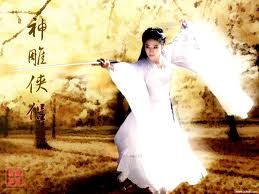 The books currently available are:

Other works available in English include: 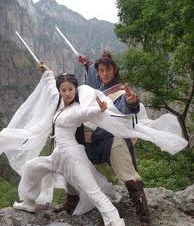 Picture above at left: The two protagonists in The Return of Condor Heroes - Xiao Long Nu and Yang Guo, Starring Crystal Liu and Huang Xiaoming