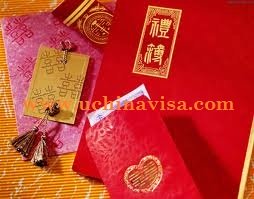 What Is A Red Envelope?

The red envelope is called Hong Bao in Mandarin, and Lai See by Cantonese.

Why is the color red and why is it an envelope?

Red is the color that Chinese people love. It was one of the four colors that were used in the earliest days of China.

Since the Zhou Dynasty (1046–256 BC), red has become a color that occupies people's heart because it is saturated with the meanings of vitality, warmth, life, bravery, romance, passion, royalty, nobility, success, and health. In one word: auspicious.

(Picture below: red used in clothes and home deco.)

Envelopes are a means to contain messages. Chinese people use Hong Bao to send their good-natured messages on special occasions, such as Chinese New Year (Chinese Spring Festival), weddings and birthdays.

These messages usually are symbolic and/or practical. Money became a popular gift because it fits into an envelope easily, and the envelope provides a certain protection for privacy and flair for mystery. (See China currency converter here.)

A Hong Bao that is given on the Chinese New Year also has the power of warding off evil spirits. The money in it is called Ya Sui Qian, meaning money that brings peace and health to the one who receives it at the end of the old year and the beginning of a new year.

During the Chinese Spring Festival, people pay New Year's visits to each other and bring presents, and the children and young adults often get Hong Bao during these comings and goings from adults. Moneys in the envelopes are supposed to be new according to tradition. The envelope is not to be opened in front of people, which is contrary to the western custom when receiving a gift.

Hong Bao come in various sizes and designs; some are very simple and some can be very classy and sophisticated depending on occassions. 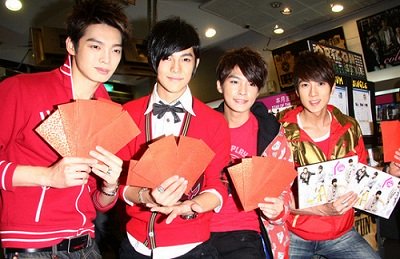 A Chinese singing group posing for pictures before passing Hong Bao to their fans in a promoting trip.