Return of the Condor Heroes 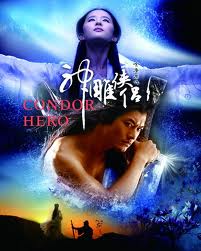 Return of the Condor Heroes is the work of Chinese Kung Fu novelist Jinyong. It has become a TV series with different versions.

This is a story about a giant eagle and its chivalric companion, that's why its English title is also The Giant Eagle and Its Companion and Divine Eagle, Chivalric Companion.

His story about the Condor Heroes have been spread over all the Chinese-reading areas in the world, including Mainland China, Taiwan, Hong Kong, Southeast Asia, the United States and other countries. With the successful adoption for the big screen and TV series, his characters are beloved household names. 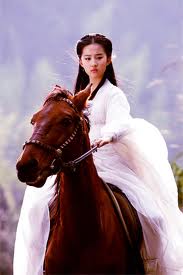 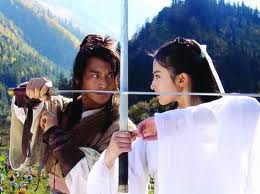 The protagonists, Xiao Long Nu and Yang Guo, in the TV series

Return of the Condor Heroes