A map of the world or a large area is often either a 'political' or 'physical' map.

Geological maps show not only the physical surface, but also characteristics of the subsurface structures, underlying rock, and fault lines, etc.

Colors play an important role in physical maps and are used dramatically to distinguish landforms and elevations depicted on the map.

Here is a physical elevation map of China: 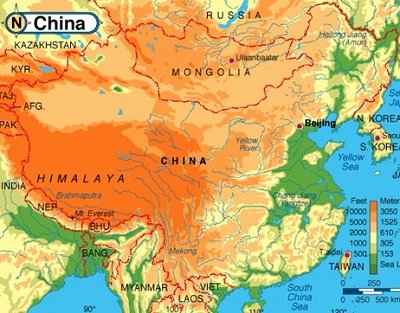 Here is a physical map to show the date of wheat planting in China: 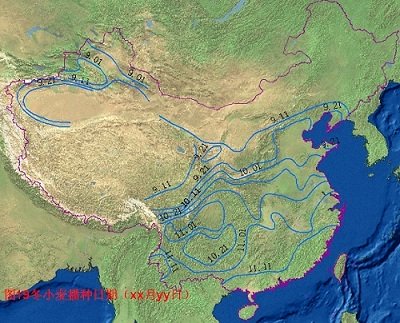 Click here to see the features of China from satellite.