Why Do You Show Beijing Time As China's Current Time? Isn't It Just a City?

Yes. Beijing is just a city, yet a capital city. Beijing time is China's time. Although China is huge and spans across five time zones, a single standard time at UTC+08:00 has been used for the entire country since 1949.

Out of the five time zones of China, UTC+08:00 is the standard time of the second one from China's east. Since Bejing, the capital city of China, is within this time zone, UTC+08:00 was chosen as China's standard time in 1949 and has been called Beijing Time within China since then, though it is commonly referred to as China Standard Time (CST) internationally. 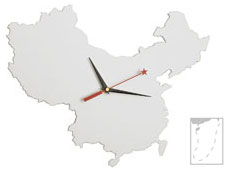 The star on the picture is the location of Beijing.
Beijing time is the single standard and official time used by every part of China.