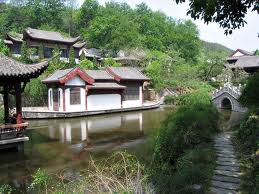 Longquan is a county-level city of China. It is located in Zhejiang Province.

Its name literally means "Dragon Fountain", and is writen as Long-quan sometimes.

There are two high-quality goods produced in Long-quan: one is swords, and one is porcelain.

The swords made here are called Longquanjian. Any Chinese martial artist would know its name. The well known ancient master swordsmith is called Ou Yezi, who made a series of great Longquanjian, including some famous ancient swords such as the Sword of Goujian.

The sword of Goujian was discovered in 1965. It was extremely sharp and well preserved, even after more than 2400 years in the ground. 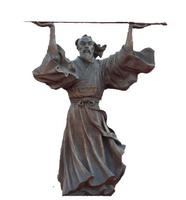 Equally, with a history of 2000 years, Long-quan porcelain, or called Longquanyao in Mandarin, is highly prized among collectors. 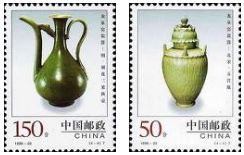 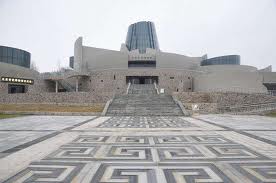