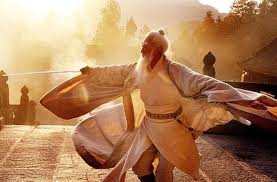 A screen image of Zhang San-feng

Zhang Sanfeng is called Chang San-feng or Zhang San-feng by some. There is a semi-mythical air suround him. He was a Chinese Taoist priest who has a fame of legendary culture hero.

There are four celebrated martial places in China, each represents one of the four major styles of Chinese Wushu (martial art, or Kung Fu), they are:

Zhang San-feng is a martial master representing Wudang style. Since his birth date is a controversial topic, he's believed by most people that he roughly lived hundreds of years ago.

Actually common Chinese people who love his stories don't really care when he's born. How the stories go matters more. He seems to belong more to people's heart than history.

He has been credited by Chinese modern martial practitioners as the founder of the famed Neijia Kung Fu, a soft, internal martial art represented by the form of Tai Chi Chuan.

As a Taoist who pays little attention to fame and wealth, Zhang has been a household name in the past decades largely due to the books written by Jinyong.

Jinyong's martial books have been so popular that almost every single story of his has been put onto the big screen or transformed into a TV series. With the technology and artistic rendering of Jinyong's extraordinary writing, characters in his books have come alive, including the beloved figure Zhang san-feng, who appeared or was mentioned very often as one of the highest achievers of Chinese martial arts.

Zhang's popularity also attributes to his personal characters. He has a personality mixed with Confucianism and Taoism that make him very endearing to most of the Chinese people. 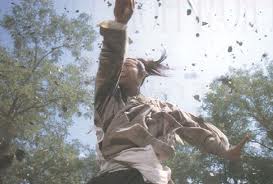