Art of War by Sun Tzu 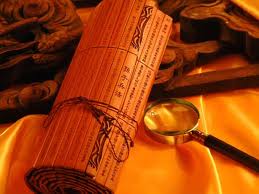 The Art of War, a Chinese military treatise, is written by Sun Tzu (Sun Wu) during the Spring and Autumn period (in the 6th century BC).

Though it was written 2600 years ago, its influence is still hug today with its strategies and philosophical thoughts being widely applied in fields like military affairs, politics and economy etc. It even has its mark in people's personal life.

I remember that when my brother was still a teen, he read this book and applied some of its tactics to the games he and his friends played as well as in some social situations. He was well respected by his gang because his "smartness", which in turn won his wife's favor. I think it's fair to say that Sun Tzu has changed some ordinary people's life, such as my brother, in one way or other, not mention his impact in wars.

The Art of War is also known as "Sun Wu's Military Science". The content of the book is extensive and profound, touching upon a wide range of subjects including war rules, philosophy, strategies, diplomacy, politics, economy, astronomy, geology etc. though it has only brief and precise chapters.

It's not surprising that it has been dubbed "the Bible of Military Science" and holds an important position in China's military history, impacting on the strategists, statesmen and thinkers of all dynasties.