Continued from the previous page: Cheap Airline Tickets. (This is the story about how we ended up in the Vancouver airport on the way to and back from China.)

... As a result, we had lots of fun staying in the Vancouver International Airport, an added experience for our travel. Besides, on the way back, we actually arranged successfully to see my high school friend in Vancouver. Not bad at all for a stop in the middle of a long trip.

Here are some facts about the Vancouver International Airport (YVR) according to Wikipedia:

Go to TripAdvisor or CheapOair to compare airline ticket prices. 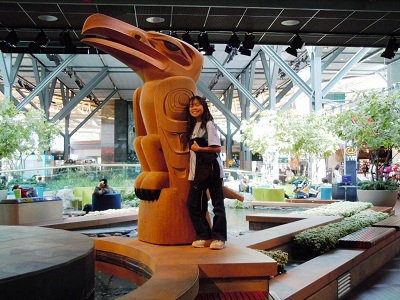 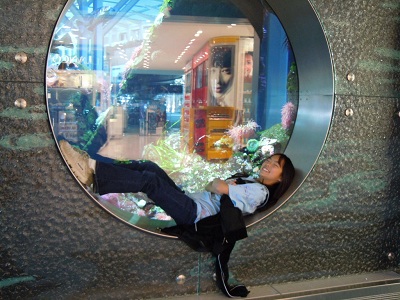 YVR: A nice place to rest 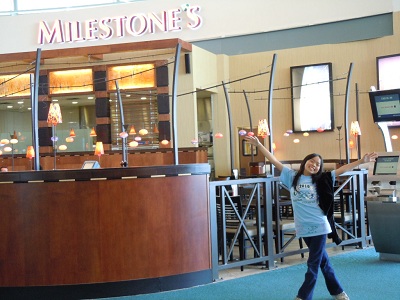 YVR: Happy after eating. The lights of this Milestone's cafe are pretty unique when looked closely. 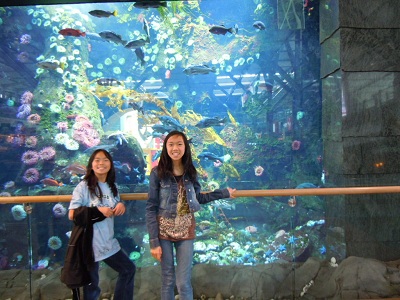 A fish tank that took a chunk of our waiting time away. It was nicer than most of the fish tanks we saw before, clean, clear and with lots of species in it.

It was very nice to have a break from the airplane in Vancouver to enjoy homemade noodles from friends, yummy yummy! Best of all, we had a very special concert from a young pianist. What an enrichment to the trip.

Another drawback of my kind of purchase was that I needed to limit my time in China to no more than a month. It worked for me though, because that time frame was actually our desire.

When you try to find cheap airline tickets, combine other desires into the plan, like getting together with friends and see more new places. It doesn't just save money, your trip becomes more meaningful.