The Chinese Dragon Boat Festival (Long Zhou Sai, or Sai Long Zhou) occurs on the fifth day of the fifth lunar month. Like any traditional Chinese festival or holiday, this Festival is celebrated according to the Chinese lunar calendar, not the Gregorian calendar.

Dragon boats are shaped like a dragon, narrow in width with a relatively long body. They normally are 3 ft (1 meter) wide and 45ft (14-15 meters) long with about 23 members, including one drummer who is a vital force for the competition.

The drummer of the team usually sits at the head of the race boat, uniting each individual of the team with the drum beat.

Besides racing boats, Chinese people also have a special food called Zong Zi for this occasion. And this is because people want to remember a poet and minister called Qu Yuan (Quyuan) from the Warring States Period (475 - 221 BC).

The Legend and Origin Of the Dragon Boat Festival is closely associated with him. 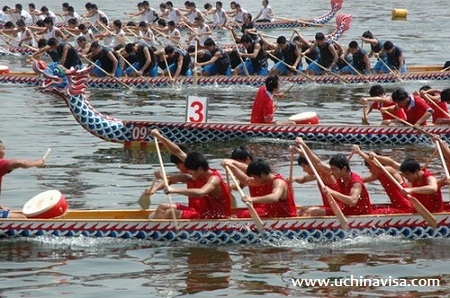 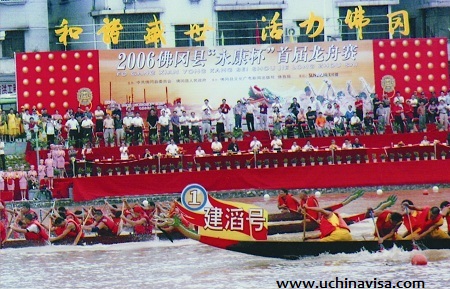 The day for dragon-boat racing is now a Chinese goverment sponsored holiday. It was prohibited during the Cultural Revolution. 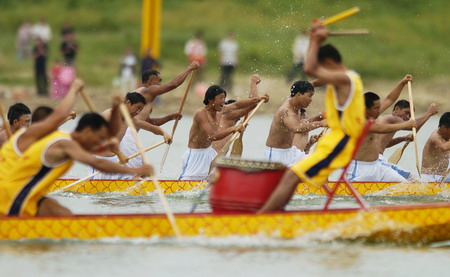