Presidential Palace in Nanjing, or Nanking, in Jiangsu, China 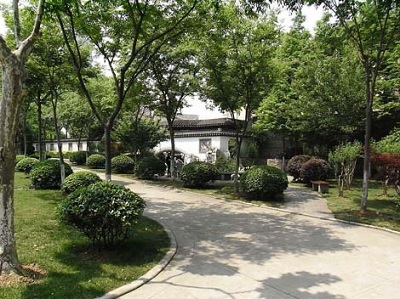 The Presidential Palace in Nanjing (Nanking), Jiangsu, China, is located at 292 Changjiang Road, in the Xuanwu District of Nanjing. It housed the Office of the President of the Republic of China before the republic relocated to Taiwan in 1949. It is now the China Modern History Museum.

In the Ming Dynasty, this site was the location of two successive ducal palaces. In the Qing Dynasty, it became the Office of the Viceroy of Liangjiang, the chief government official in charge of what is today Jiangsu, Anhui, and Jiangxi provinces.

In 1853, Taiping Revolution forces led by Hong Xiuquan occupied Nanjing. The palace was expanded and converted into a palace for Hong, the Palace of the Heavenly King, or Tianwang Fu.

In 1864, Qing imperial forces re-took Nanjing. Commander Zeng Guofan ordered that most of the palace be razed, and a new office of the Governor-General be erected in accordance with government protocol.

After the Xinhai Revolution in 1911, Sun Yat-sen ( better known as Sun Zhongshan to Chinese people) was sworn in at the Presidential Palace as the provisional President of the Republic of China.

However, China soon fell into the Warlord era and the Palace was not officially used until 1927 when the Kuomintang (KMT)'s Northern Expedition captured Nanjing and made it into the Headquarters of the Nationalist Government. Chiang Kai-shek had his office in the palace.

In 1947, the Constitution of the Republic of China was promulgated and the Headquarters of the Nationalist Government was renamed the Office of the President.

In 1949, Mao Zedong declared the People's Republic of China with the capital being Beijing. The building was then used for government functions.

In the late 1980s it was transformed into a museum detailing China modern history. It is now one of the few places in mainland China where the Flag of the Republic of China is publicly displayed. 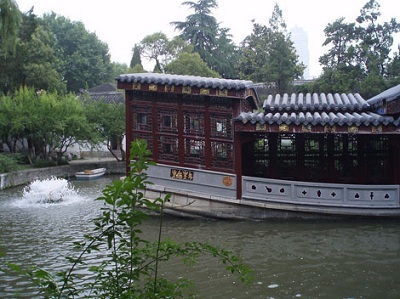 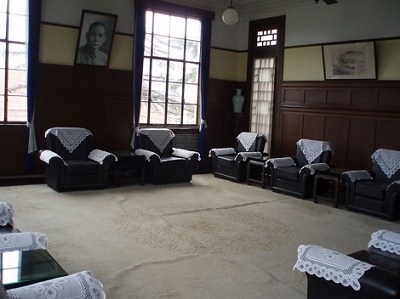 Sun Yat-sen's picture inside the palace